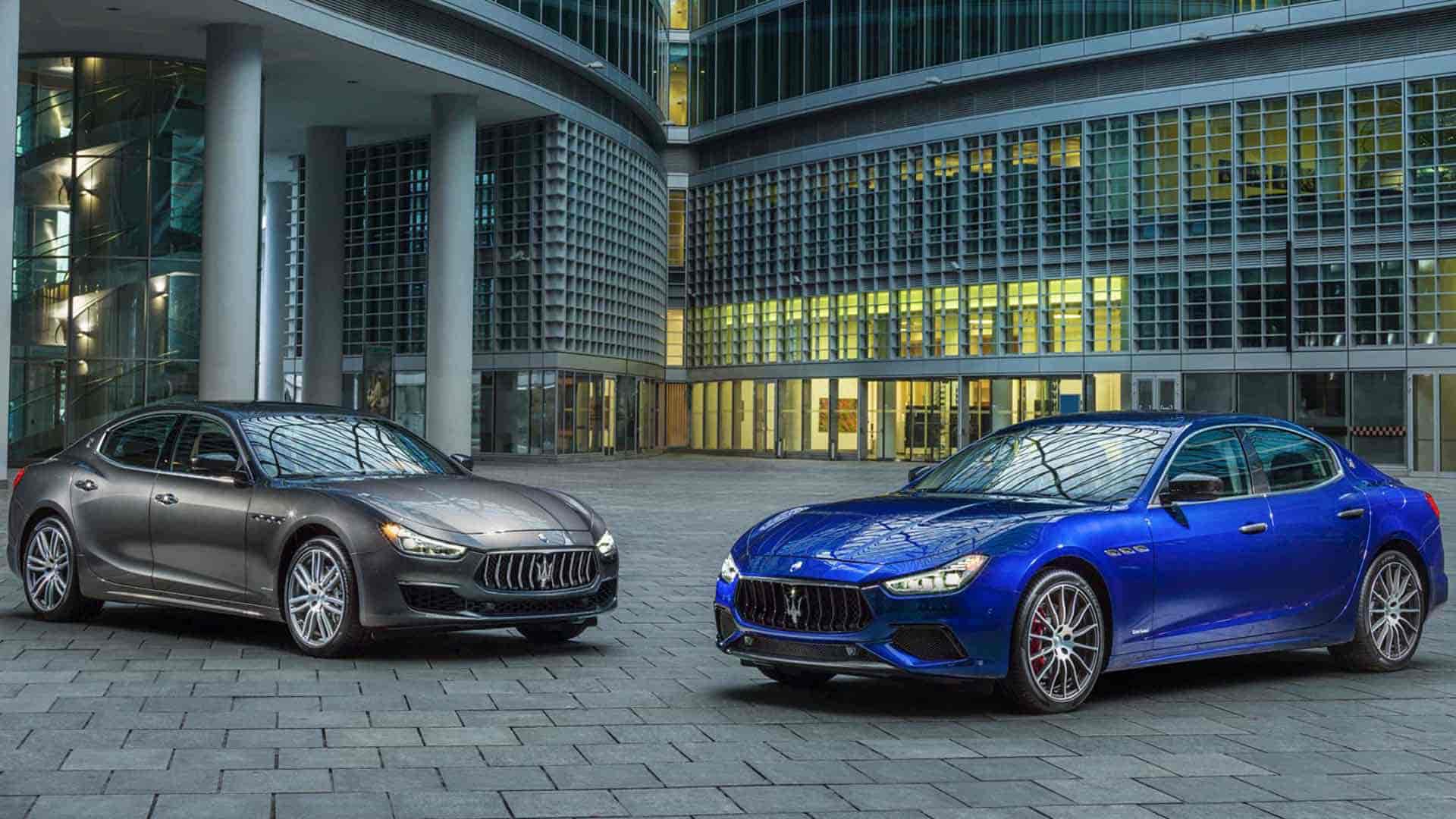 What Does Facelift Mean In Cars Why do Cars Get Facelifted

It is not unusual for auto shoppers to pick up new lingo when researching their next purchase. New acronyms are being added to the long list of features that consumers may anticipate from new models as manufacturers introduce new technologies.

It's fairly uncommon for automakers and other industry professionals to invent new terminology to describe the specifics of a vehicle model rather than just its new features.

In this post, we'll be focusing on what a facelift means. In both new and used car dealerships, this word is often used to describe the same thing. A friend often recommends the facelifted car when browsing for a new or used car on Jaftim cars UAE. Let's take a closer look at facelift meaning.

Generally speaking, a facelift is a surgical procedure in which wrinkles are reduced in order to restore a more youthful appearance to the face. So how does this apply in an automobile context?

A facelift for vehicles is a word used to describe a variety of design, interior, and technology improvements made to a vehicle in order to keep it visually appealing.

Nowadays, automobile manufacturers prefer to make a slew of little tweaks rather than one or two major ones, as was the case in the past. The consequence is that the outward aesthetic differences between a pre-and post-facelift are typically only discernible by those who are actual experts or excellent at recognizing the difference.

Bumpers, lighting, and the grille are common places to see these alterations. New wheel styles and colors are possible as well.

Changes to the inside of a facelift car are generally just as minor as the exterior changes. Perhaps new options for trim and upholstery, or even a new design for the air vents? The onboard technology may need to be upgraded significantly, which might need more substantial alterations. Adding a larger screen to the dashboard may involve redrawing the whole instrument panel.

Additionally, facelifts may include upgrades to the engines, chassis control systems, gearboxes, and safety measures, especially if major changes in emission and safety laws have occurred since the automobile was initially introduced.

When Does Your Car Need a Car Facelift?

Every five to eight years, most vehicle manufacturers introduce a new generation of the same model. That's a long life for a product that's primarily intended for the end-user. Facelifts are a way to pique consumer interest in a vehicle that has passed its prime but is still a few years away from a complete replacement, giving the vehicle a fresh start in the media, advertising, and special events at the dealerships.

Facelifts may be done for a variety of reasons. An automaker's "family look," which is a collection of aesthetic elements that identify an automobile as its own, may have evolved significantly after it was initially introduced, necessitating a substantial restyle for the vehicle to match its more recent siblings.

Other automobile manufacturers may introduce facelifts in order to keep up with the latest technology or efficiency innovations.

Time Duration of a Facelift Performed

Perhaps Ford was the first to think of the idea of a facelift when they were making Model Ts in the 1920s and 30s. Over the course of its 19-year production life, the Model T saw a steady stream of improvements, making the 1927 model significantly different from the initial 1908 model.

Other U.S. automakers quickly followed after, and by the 1950s, the majority of models were receiving yearly updates, or "facelifts," a practice that has persisted to the present day. American cars' age is commonly determined by their "model year" rather than their year of production or registration, as in Dubai.

There aren't as many facelifts from other automobile manufacturers in the rest of the globe. About three or four years after their initial sale, Facelift cars in Dubai often undergo a facelift, like in the case of the Toyota Land Cruiser facelift, Prado facelift, etc.

Before the automobile is changed, there may be a second or two of minor upgrades. Two or three major facelifts may be necessary for cars that remain in production for longer than the typical six to eight years. The Mitsubishi ASX has been on the market since 2010 and is now undergoing its fourth redesign to improve its performance.

However, this is only a general rule of thumb that you should keep in mind. Over the course of ten-year manufacturing life, certain automobiles sold in Dubai see no changes at all, while others are regularly improved.

One example of the latter is the Toyota SUV Facelift. This vehicle has remained almost untouched since its inception, although it appears to get an upgrade every week of the month. Thankfully, the era of hurried facelifts to fix fundamental defects is behind us.

Whats an Average Cost of a Facelifted Car

Facelifts tend to focus on the aspects of an automobile that are most easily changed, such as bumpers, lighting, and so on. A simple alteration in a car's appearance and specifications may cost a lot of money to develop and execute.

As a result of the added expense, a facelift often results in a rise in the sticker price of the vehicle. A rise in weight may be anything from a few hundred to several thousand pounds, depending on how serious the changes are. However, there are a few instances when the price does not fluctuate.

Is a Facelift Worth the Money?

Yes, most car experts say so. Facelifted automobiles are often better than their predecessors, even if the improvements are minor. As a bonus, you receive the satisfaction of driving a brand-new car!

To avoid having to purge old inventory to make place for the new, keep in mind that the old one must be sold first when a new version is announced. When purchasing an older version of a product, you may generally obtain a substantial discount or enticing monthly payment options. 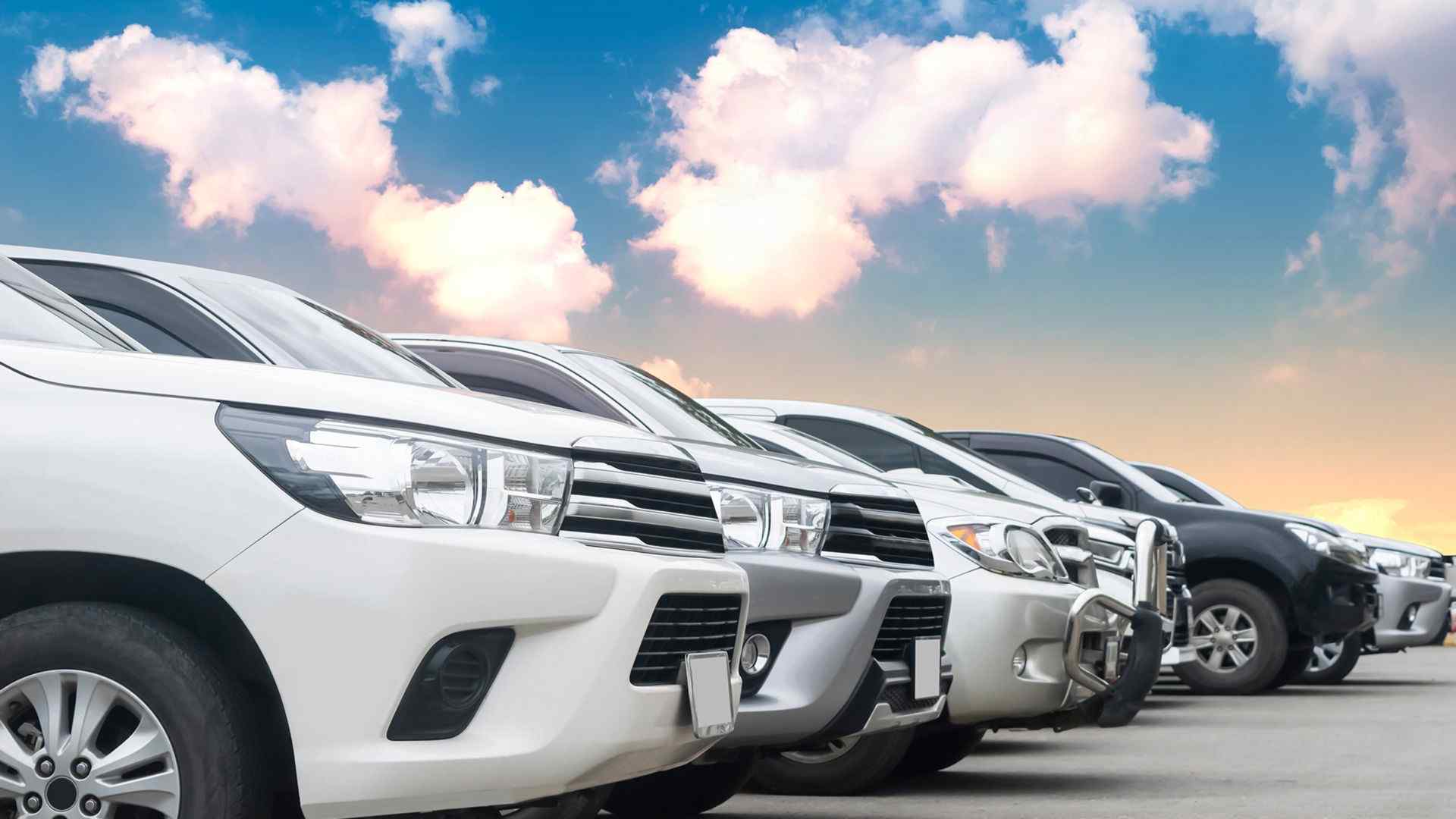 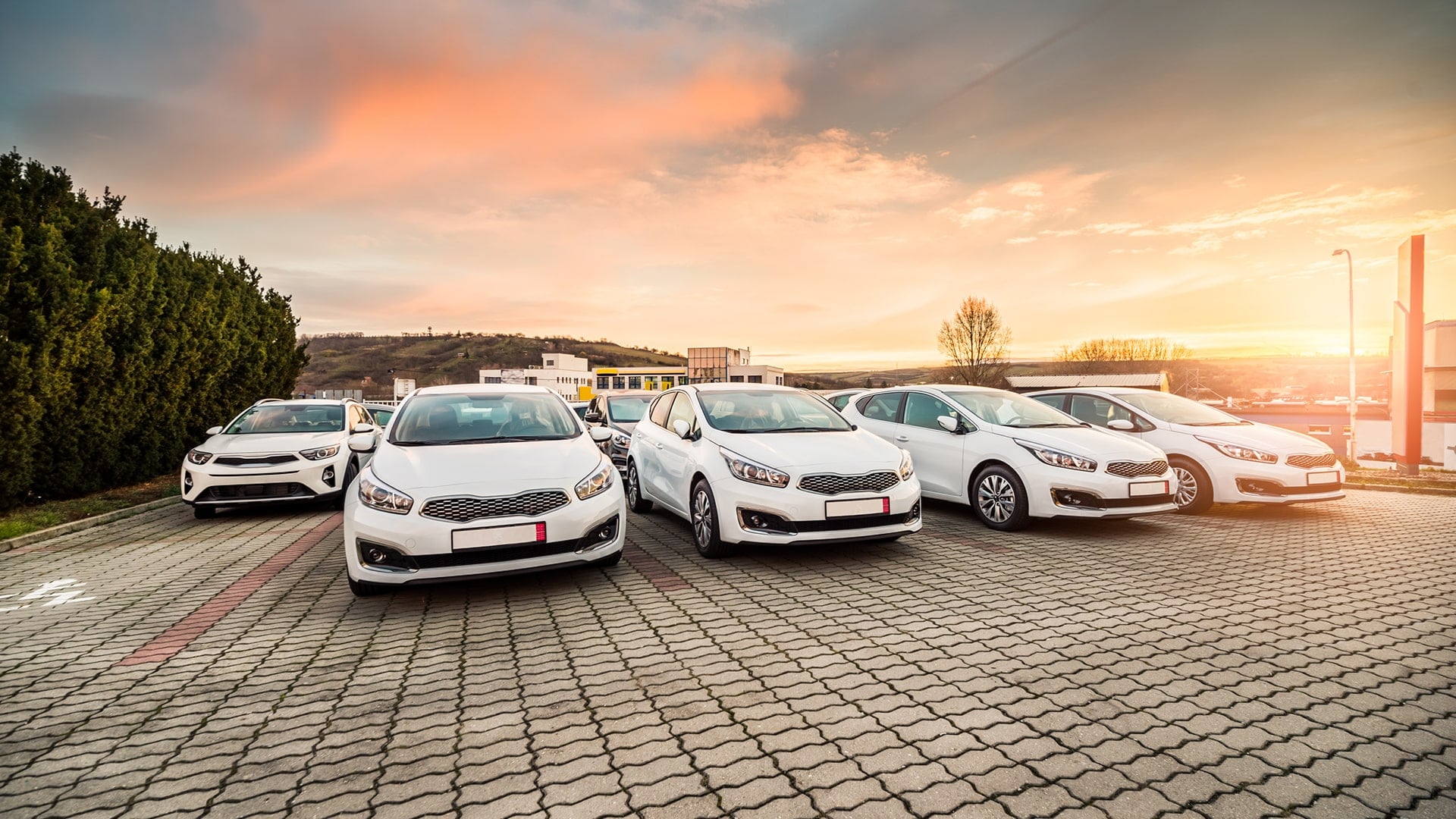 The Cheapest Cars in Kenya and Their Prices 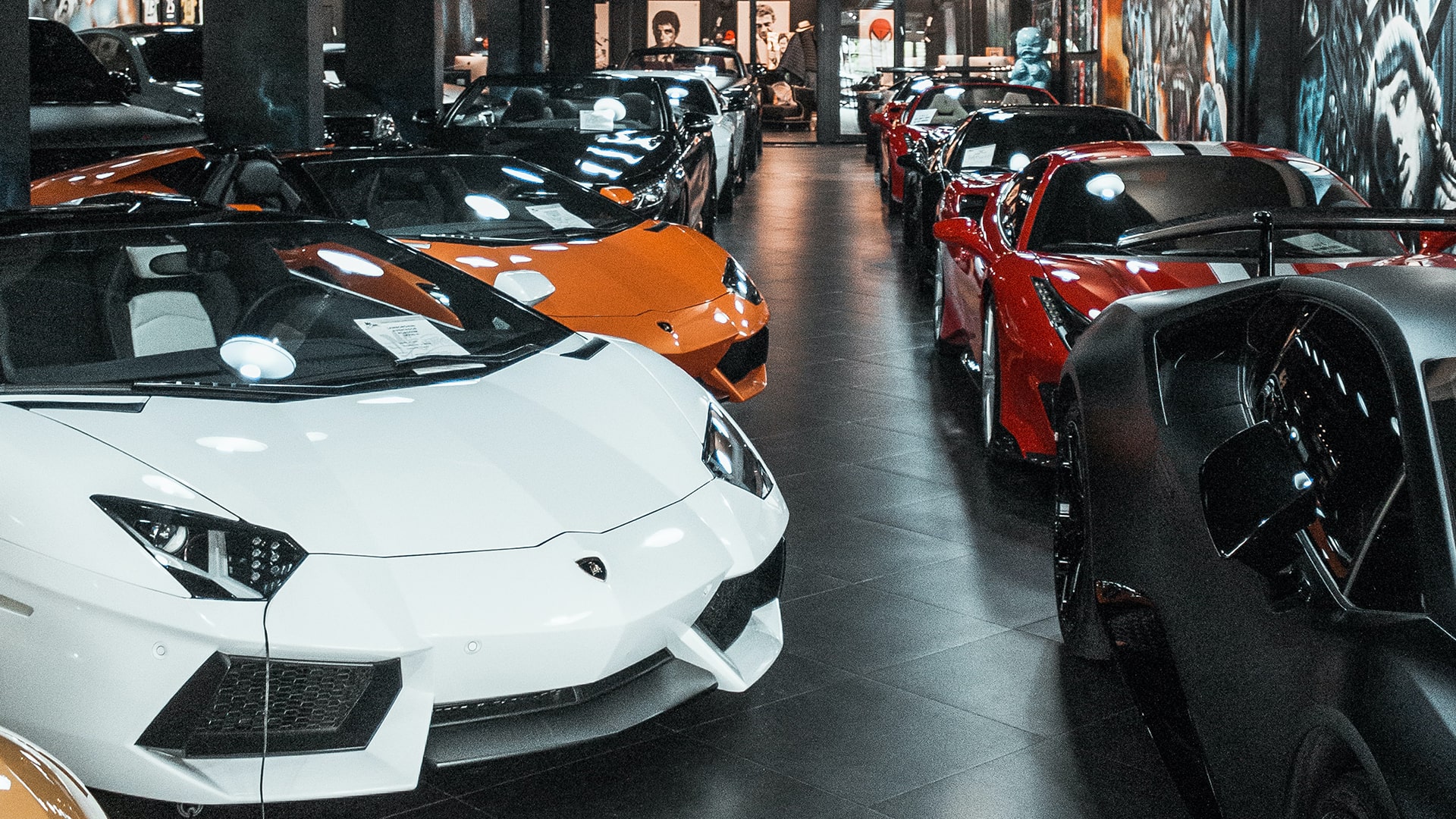 10 Most Expensive Cars to Buy in Kenya

Get latest updates and offers.

JAFTIM use cookies to give you the best possible experience and serve the most relevant ads. By using this site, you accept the use of cookies.